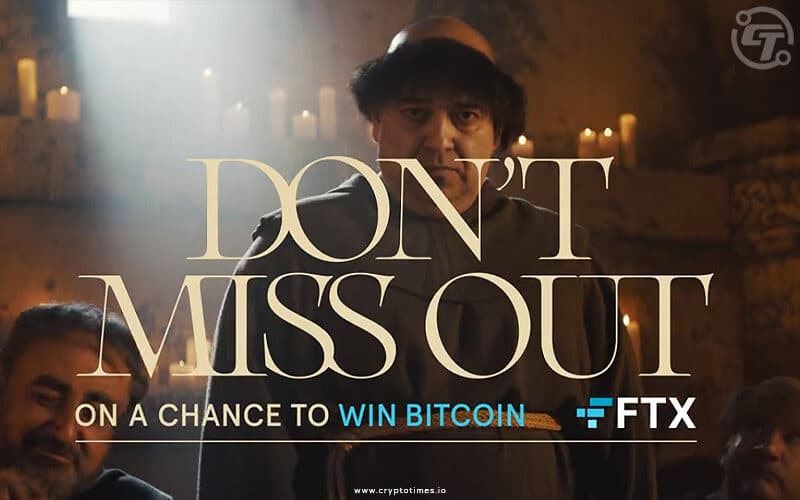 FTX Giveaway – Enter the FTX Bitcoin Giveaway Contest 2022 aka FTX Crypto Sweepstakes by retweeting Sponsor’s tweet that advertises this giveaway for your chance to win over $1 million worth Bitcoin for free. The bitcoins you will receive will be equal to the ET time (hour and minute) that Sponsor’s February 13, 2022 television commercial begins to be aired on NBC.

How To Enter FTX Crypto Giveaway?

Eligibility: This Sweepstakes is open only to legal residents of the (50) United States and District of Columbia (Excluding New York) who have reached the age of 18 years old at the time of entry.

Four (4) Lucky Winners: Each lucky winner will receive Bitcoin deposited into their FTX account. The amount of Bitcoin to be deposited will be equal to the ET time (hour and minute) that Sponsor’s February 13, 2022 television commercial begins to be aired on NBC. Time of the beginning of the airing will be determined by Sponsor, relying on https://www.time.gov/. For example, if the commercial is aired at 9:15 p.m. ET, winners will receive 9.15 BTC. The television commercial is estimated to air between 8:30 p.m. ET and 10:30 p.m. ET. The exact time is not known or controlled by Sponsor.