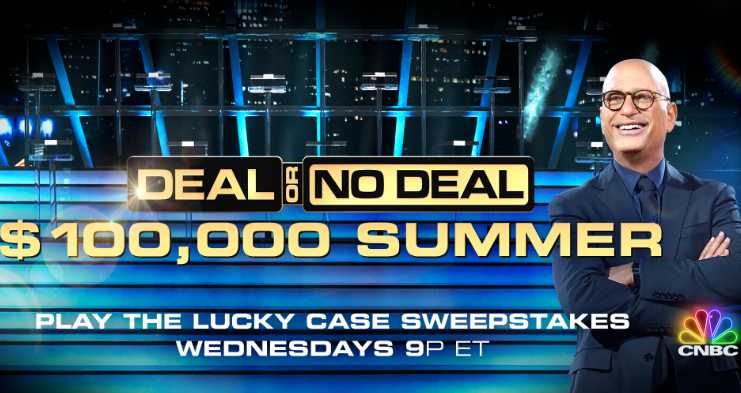 Enter into the Deal or No Deal Lucky Case Sweepstakes 2023 on every Wednesday at Dealornodeal.com for your chance to win $10,000 cash prize, Plus one lucky winner will win a vacation for four (4) people to Universal Orlando Resort in Orlando, Florida.

Grand Prize: There will be one grand prize in this sweepstakes, Prize will consist of the following: a four (4) day, three (3) night trip for Winner and up to three (3) guests to Universal Orlando Resort in Orlando, Florida. Trip Includes: hotel accommodations, round trip, Tickets to Blue Man Group at Universal Orlando Resort, Admission to Universal Studios Florida and Universal’s Islands of Adventure theme parks, plus Universal’s Volcano Bay water theme park.

First Prizes: There will be ten (10) first prizes awarded. Each First Prize Winner will receive one (1) First Prize consisting of the following: ten thousand($10,000) U.S. dollars.

Deal Or No Deal Sweepstakes 2023 Rules

Who Can Enter: Open only to legal residents of the 48 continental United States and D.C who have reached the age of 18 years old at the time of entry.