SYFY has teamed up with USA Network to brings you the Sweet Vacation Sweepstakes where they will be giving away a 3-night trip for four to one lucky winner of their choice. Winner can choose either Universal Orlando Resort or Universal Studios Hollywood trip. Trip includes: Hotel accommodations, Round-trip airfare & Tickets.

How To Enter The Sweepstakes? 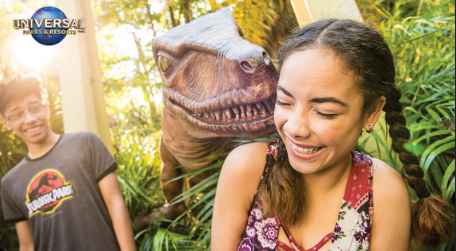 One lucky winner could win a 3-night trip for four to UNIVERSAL ORLANDO RESORT including:

You could win a 2-night trip for four to UNIVERSAL STUDIOS HOLLYWOOD™ including:
• Round-trip airfare to Los Angeles, California
• Ground transportation between the airport and hotel in Los Angeles
• Admission to Universal Studios Hollywood theme park
• Accommodations on-site at the Sheraton Universal Hotel

ABOUT US
Sweepstakes Rush is the best free online sweepstakes website that offers great prizes to win for free. Here you will find online new sweepstakes, Contests, Giveaways, Instant Win Sweepstakes and shop play win games that are updated daily. Not only this we also update Sweepstakes Code Words, Answers , Solutions and Rare Game Pieces.
FOLLOW US
© Sweepstakes Rush © Copyright 2018-2020