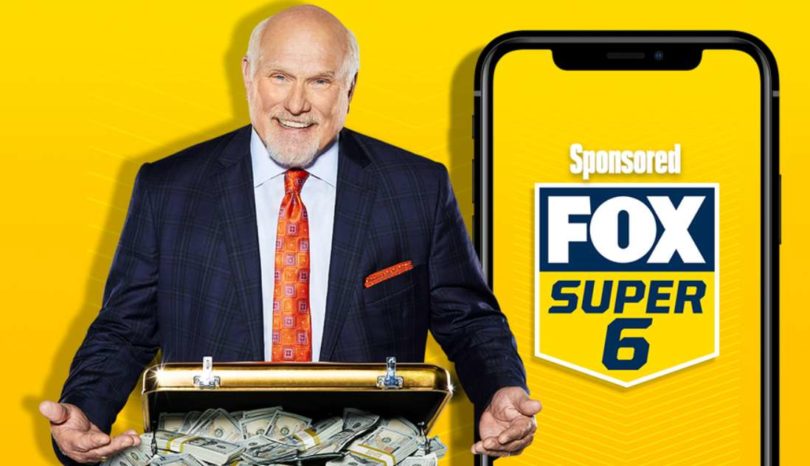 FOX Sports Bet Super 6 a free-to-play sports prediction game that offers players the chance to win hundreds of thousands of dollars in cash each week throughout the season by playing Fox Terry Bradshaw Pick 6 Contest. You need to Make a quick predictions about what you think will happen in each Fox sports contest game 2022 and if your all six 6 picks are right then you will win Terry Bradshaw $100,000 Giveaway 2022.

To play, fans will select the outcome and margin of victory of six upcoming FOX NFL football match ups. Players who correctly select all six picks could win between $1 to $100,000 U.S. Dollars and may be split between the winners if there are multiple winners as determined by Sponsor.. If no player correctly selects all six picks to win the $100k dollar jackpot prize, there will be smaller guaranteed cash prizes available to be won.

If participant makes the correct selection for all predictions, he or she would win the advertised jackpot. Right now the prize you can win is $100K dollar cash money prize from Terry Bradshaw in Fox Super 6 Contest. The jackpot will be split with all other Eligible participant who made the same correct predictions.

This Giveaway is open only to legal residents of the 49 United States and District of Columbia (excluding residents of Washington State) who have reached the age of 18 years old at the time of entry.

All prizes will range between $1 to $2,000,000 U.S. Dollars and may be split between the winners if there are multiple winners as determined by Sponsor. The prize jackpot will grow by $1 for every five (5) Eligible Entrants (max $2,000,000 prize). Payment of all prizes are to be made by Sponsor. Sponsor will furnish an Internal Revenue Service Form 1099 to winners for prizes over $600.00. The odds of winning a prize in the Promotion will depend on the number of questions asked, the difficulty of such questions and each Eligible Entrant’s success in playing each Game.

Winner’s List: Winners will be listed on the Mobile Application. At Sponsor’s discretion, winners may also be announced on social media platforms. You may also obtain a list of winners by writing your name and address on a “3×5” card and mailing it in an envelope to: Winners List, “FOX Bet Super 6,” TSG Interactive US Services Limited, 1209 Orange Street, Wilmington, DE 19801. Winner List requests will only be accepted after the winner(s) of each Game are announced and requests must be received no later than thirty (30) days after the announcement of the applicable Game’s winner(s).

Who is Fox Sports?

FOX Sports Supports is a company-wide program dedicated to harnessing the power of sports for transformative social impact.

Since 2008, FOX Sports Supports has significantly helped more than 80 organizations in the U.S. by mobilizing its resources through employee engagement, charitable contributions and creating awareness across FOX Sports’ family of linear and digital properties, to achieve our mission of creating and advancing fighting chances for underserved youth and our military heroes.

FOX Sports firmly believes that while talent is equally distributed off the field, opportunity often is not. Therefore, through the network’s ongoing efforts, FOX Sports is committed to supporting fighting chances for our youth and military in the following areas:

INSPIRATION
By empowering coaches and mentors and connecting them with future leaders.

OPPORTUNITY
By forging avenues for personal and professional growth.